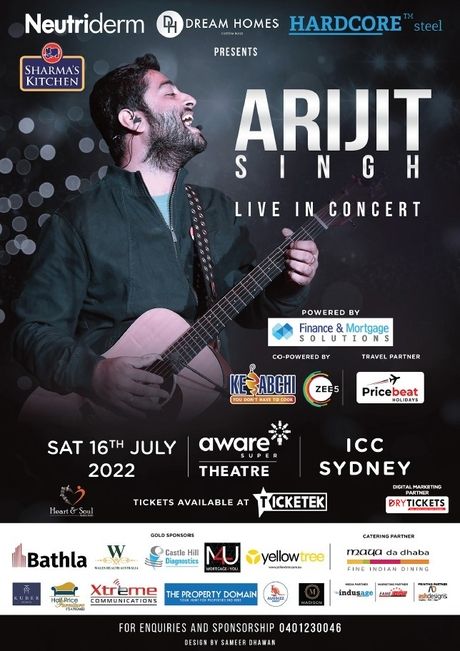 Arijit Singh is a globally celebrated artiste, his music prowess extends to being a Singer, Music Producer and Live Performer. Cited as one of the most talented singers in India, his songs are considered iconic worldwide. In the extremely competitive and ever - changing world of Bollywood he continues to stand at the apex with his consistently successful songs which now have a distinct vibe of their own. His voice is soothing, soulful and melodious with his singing abilities unmatched.

Recognised as the 'Voice of new age', Arijit has lent his voice to all the popular actors and has worked with most of the composers in Bollywood Music Industry.

Considered to be one of the most versatile playback singers,Arijit has consistently delivered chart toppers in Bollywood and the Regional music industry.

Being one of the most in-demand performers across the country, he has clocked one of the highest ticket sales for any Indian musician in past years.

Receiver of every major award multiple times including National Award, in the industry. Arijit has sung more than 300 songs and continues to keep the music with his melodious voice and music production skills.