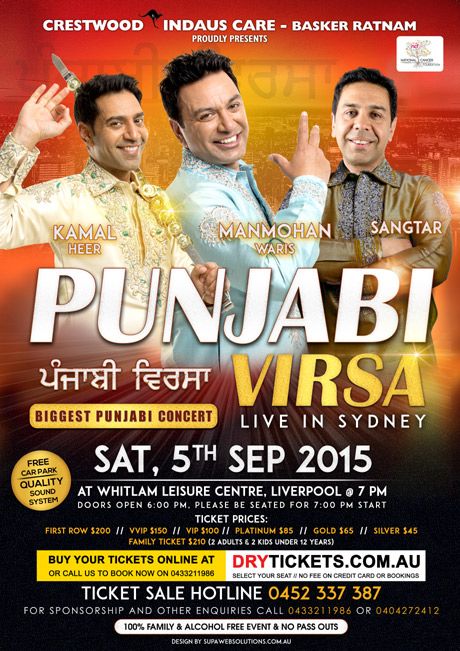 Crestwood indAus Care is proud to present you the legends live in Sydney.​