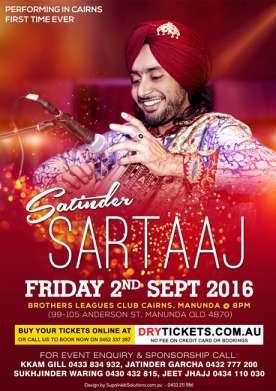 View events by or Browse All current Events

WE ARE PLEASED TO WELCOME THE POET AND SINGER SATINDER SARTAAJ WITH HIS LIVE 2016 AUSTRALIA TOUR!

Satinder Sartaaj Punjabi Sufi an outstanding poet and singer has enjoyed selling out tours in America, Canada and U.K. where he has captivated audiences with his charm, expression and outstanding performing skills. Born in Bajrawar, Hoshiarpur, Punjab, India, he first appeared on the international scene after he won the Best Sufi Singer award at the Dubai International Cultural Fest 2003.

From performing at the prestigious Royal Albert Hall to crowds of over 50,000 people in India this amazing talent is set to grace the majestic stage and host an intimate Mehfil at Cairns.

Tickets are expected to sell out fast – buy early ! 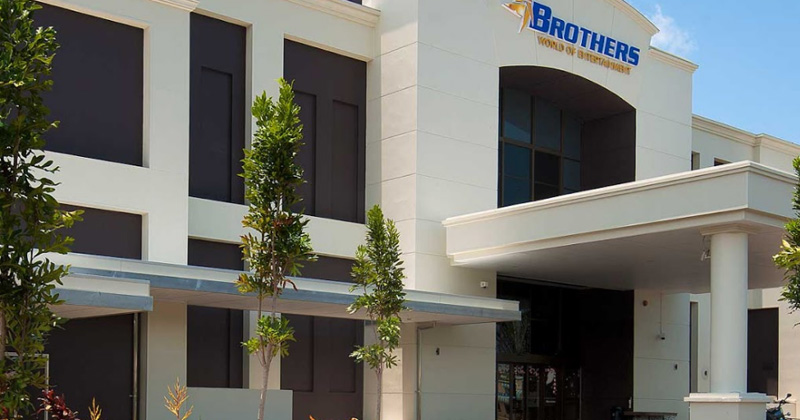