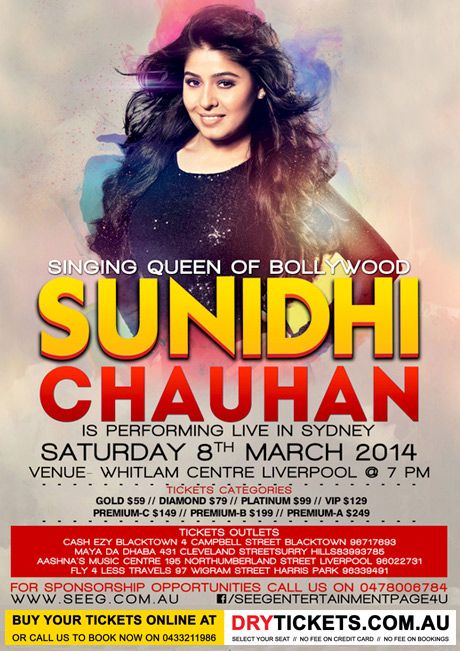 SEEG Proudly Presents Sunidhi Chauhan. Sunidhi Chauhan is an Indian playback singer. Born in Delhi, she began performing in local gatherings at the age of four and made her career debut at the age of 13, with the film Shastra. She is all set to sweep her fans in Sydney, Australia off their feet as she is gearing up for her live concert in Sydney this March at Whitlam Leisure Centre, Liverpool. Sunidhi Chauhan is among the most sought after singing sensations in the country who holds the record of singing in over 12 Indian languages apart from the Hindi (Bollywood) Film Industry.

Some of the hit songs of Sunidhi Chauhan: