Organised by The Golden Sound International 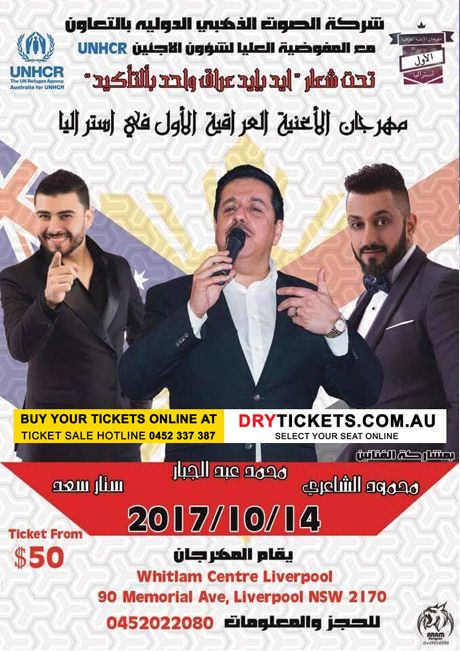 - Kids Under 2 FREE, But No Seat Provided
- NON ALCOHOLIC EVENT 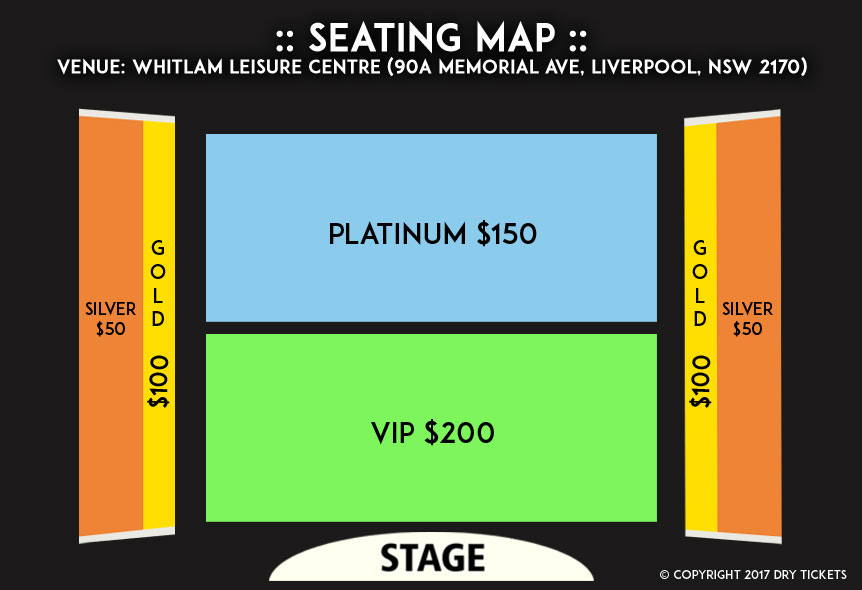 Event Details of The First Iraqi Songs Festival in Australia

For the first time in Australia, three internationally famous Iraqi singers will take centre stage at one concert: "The First Iraqi Songs Festival in Australia". This event will be in support of Australia for UNHCR, which raises funds to help refugees and displaced families around the world, including more than 3 million Iraqis forced to flee their homes. The festival will feature the legendary Staar Saad, Mohammed Abdul Jabar and Mahmoud Al Shaaeri performing live in Sydney at Whitlam Leisure Centre, Liverpool, on Saturday 14 October 2017.