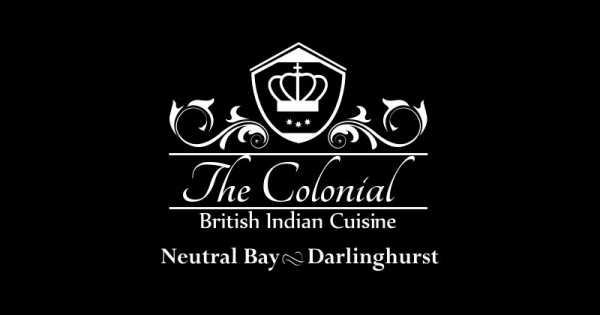 From Brick Lane London to the Streets of Sydney, we have come a long way to bring you the Taste of British Indian Curries! Best described as rustic, flavoursome and inspired British Indian gastronomy. Our chefs have created a fusion of Indian curry dishes, specialty British Indian mains, trending Indian Desserts and Anglo-Indian inspired Cocktails, Beers, Wine, and Drinks – all served with delight in a casual dining setting found in East Sydney City suburb of Darlinghurst and Lower North Shore of Sydney in Neutral Bay.

Reserve your table and experience culinary flavours created by The Colonial British Indian Cuisine, it is simply one of the best Indian dinner menus available in Sydney. Awarded the TripAdvisor Certificate of Excellence in 2016 and again in 2018, and a must-try Indian restaurant located at 118 Crown Street in Darlinghurst and 19 Grosvenor Street Neutral Bay. If traveling to Sydney city by train, it is a short stroll from Museum or Kings Cross railway stations, you’ll find this trending Indian restaurant on Crown Street near William Street, Darlinghurst. And if you are on the North Side, you’ll find this stylish Indian restautrant moments from Military Road in Neutral Bay.

The success of The Colonial British Indian restaurant is defined by quality, value and good old-fashioned service. Our two flagship British Indian Restaurants rest in Sydney city’s Darlinghurst and North Sydney’s lower north shore Neutral Bay. They are our most avant-garde Indian restaurants to have opened its doors. Stylish and cozy interiors designed to match its novel style of Indian cuisine creating a restaurant with allure.
The Colonial Darlinghurst serves a unique menu inspired by the British style- Indian curry houses in the UK in a stylish and fashionable East- Sydney location, for dinner and private parties. Our Menu is reflective of the multi-layered diversity across India and features a range of British Indian inspired flavours by various distinctive elements from across the diverse regions of India to give guests a real Indian food dining experience. 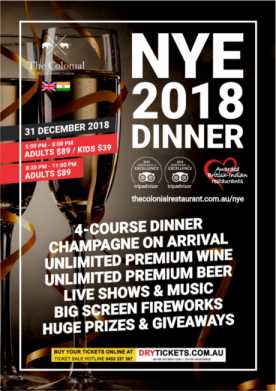