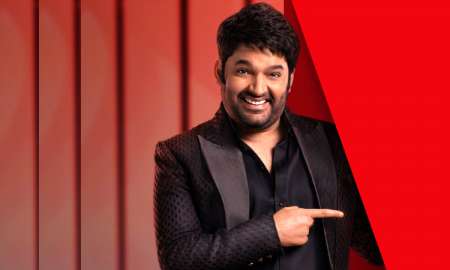 Hailing from the Holy city of Amritsar, Kapil Sharma, a handsome youngster, apparently came into this world with a marked identity and intention, to bring joy and laughter to the people of this world. During his school and college days, he simply ruled the stage – as an actor, along with his versatile abilities as a master of ceremonies, a host, and on top of all, a unique stand-up comedian.

The comic stage presence of Kapil Sharma portrays his on-stage persona,which resonates with the audience of today. His quick simultaneous wit, and ability to find humour in any situation and under any circumstances, Kapil even today, follows no written script but comes out with his comic humour immediately, sending the audience roaring with laughter.

Straight faced that he is, sometimes even his co-actor is at a loss to react quickly to his endless funny overtures. Being himself from Punjab, most of his comedy shows are centered around Punjab, its culture and its people. He was the first contestant to grace the stage on the occasion of The Great Indian Laughter Challenge 3 which he won with ease! His well-known comedies have made the people of Punjab proud with the portrayal of Shamsher Singh which highlights the mannerisms of the Punjab Police.

With his excellent power of observation and a keen insight into human nature, his high energy level and positive vibes, he has always carved out a niche for himself at every show, and as always, the judges of the show gave him a standing ovation! His 10 years of life in theatre, built in him a super comic acting ability, and his creation of Shamsher Singh, Lala Roshan Lal and Daadi Maa on the Television screen are indeed noteworthy.

After winning so many laurels, he stepped into the world of television hosting: -

AS A FILM ACTOR

He has been praised by Anil Kapoor, who offered him a role in his film. His versatile talent has landed him up with many offers from Punjabi cinema and Bollywood. In fact, he will be shortly acting in Anis Bazmee's film – It's my life. He is also expected to act in an upcoming film of Karan Johar. He's making his film acting debut in Kis Kisko Pyaar Karu directed by Abbas Mustan opposite to Elli Avram.

Kapil Sharma is also known as a versatile singer in Punjabi & Hindi Language, and is also obtaining simultaneous offers for play back singing. His comic body language and his quick wit brings relief to any one in stress. His jokes are often targeted at artificial societal constructs, that often make people miserable!

Last but not the least, Kapil Sharma indeed is a blessing in disguise for having brought in endless laughter in this present world of misery and grief! God Bless him ! 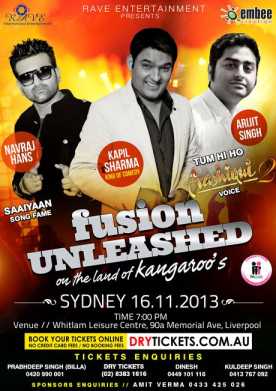