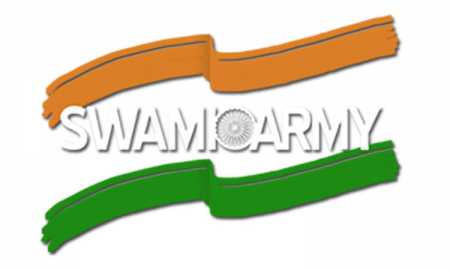 The Swami Army is the largest, organized group of supporters of the Indian cricket team, aimed at helping cricket fans worldwide watch Team India play the great game of cricket. We organise travel packages, tickets to cricket games, merchandising and a range of other benefits for our members.

The Swami Army was formed during India’s tour to Australia in Season 2003/04 by a group of 10 die-hard Indian cricket supporters, using the Swami Army moniker as a bit of fun while following their beloved Indian team around Australia in that season. The tour was significant in that it was Steve Waugh’s final Test series, but also represented the start of India’s climb to the top of the Test rankings. As the crowds flocked to the grounds to watch India come close to beating Australia in the Test Series decider in Sydney 2004, the Swami Army grew from its core group of 10 supporters to a large gathering occupying Bay 26 of the SCG.

Since then, the Swami Army have gone from strength to strength. With nearly 5,000 members across the globe, we are recognised by cricket authorities as the leading Indian cricket supporter group, with a presence at every Team India match. We continue to work with cricket boards to ensure that the Swami Army has Designated Areas at cricket grounds worldwide to enhance the viewing experience of all cricket supporters at cricket grounds in an enjoyable, family-friendly environment, dhol player and all!

We have a number of tour packages and events planned over the next 3 years, including the World Cup in Australia in 2015, which will see Team India defend their title as world champions! Please see our Tours page for further information.

In addition to organising travel packages and match-day tickets, the Swami Army brings together a wide community of cricket lovers to enjoy the game, with members receiving discount merchandise, free subscription to our newsletter, access to our regular fantasy cricket competitions, as well as up to date cricket news. Better still, membership is free! So become a Swami Army member today to receive all the benefits of becoming a part of the leading Indian cricket supporter group! 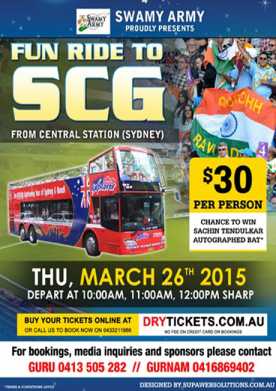 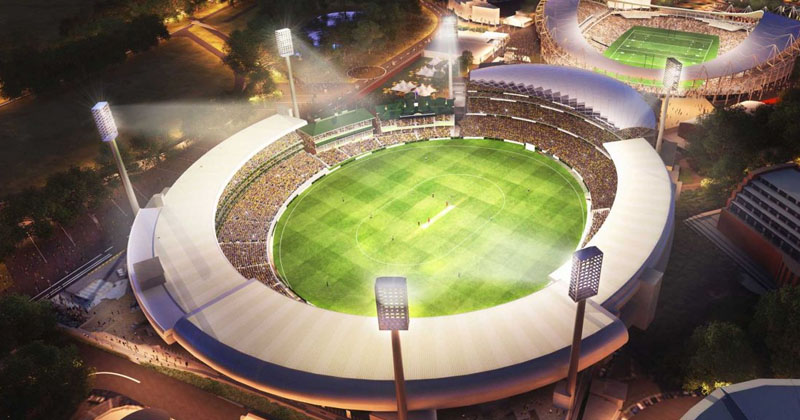